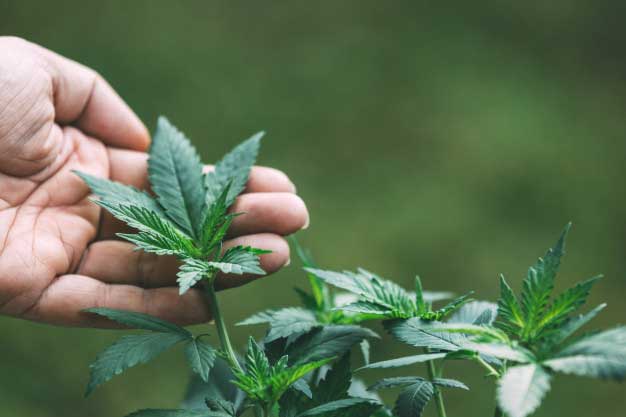 Weed, pot, cannabis, marijuana, or Mary Jane; whatever name you give to this plant. Nothing will be able to halt the rising popularity even in the states who are disagreeing with its tremendous therapeutic potential. So, why is New York pushing the date for legalizing weed? Or why is there so much hype about medical marijuana NYC?

However, marijuana legalization failed to make its mark in the city that never sleeps despite all the efforts to lighten up the situation and make it possible for the city legislatures to get through with the necessary legal procedures. But, the only thing that could get through was marijuana “decriminalization” law. However, no one could not find any changes as of now. In addition to that, myths and misconceptions around CBD are yet to be resolved.

To answer the most buzzing questions, some of the panelists present at the Cannabis Insider Live discussed the possibilities of medical marijuana in NYC.

When Will Weed be Legal in New York?

Well, like every person hoping for a bright future of cannabis not only in their respective states, also in the entire country.People in New York are also hoping that the state agencies will understand the importance of marijuana and that it can actually lower down drug trafficking issues.

There will be another attempt to pass the bill. State official says that the earlier bill was not in favor of the public or the government officials. There should be a balance. Without that, recreational marijuana can turn out to be a headache for everyone in the state. Like it happened in the year 2014 when medical marijuana NYC got its recognition in the state.

How Will Weed Legalization Affect Medical Marijuana in NYC?

For starters, you can only use marijuana if you are 21 years and above if you will go with recreational weed. Of course, there will be limitations with recreational weed products. Just like the state of California. If everyone could get everything, why would there be any recommendations about different forms of marijuana?

In addition to that, there might be positive aspects associated with legalizing weed. For instance, chances are prices of weed might fall after the legalization of weed. Other than that, the chances of companies funding into more innovative products increase. And this will indirectly help thousands of patients dealing with medical issues.

Who Will be Able to Process or Sell Marijuana?

Experts who are against the Cuomo’s administration think that he is trying to favor the large enterprises that might control or sell legal cannabis. They are thinking that some companies are trying to cash in such a big opportunity. And it might affect the quality of the products.

So, experts are suggesting a three-tier system for marijuana as well. For instance, separating manufacturing, selling, and retailing processes of marijuana. There should be proper limitations when it comes to marijuana so that nobody takes undue advantages.

But, nobody figured it yet about the possibilities of recreational and medical marijuana in NYC.

What is the Legality of CBD in New York?

Well, products with CBD are available in the entire New York. You can find them in supermarkets and coffee shops. The boom started with the approval of Farm Bill 2018. New York too licensed dozens of hemp growers via some pilot program last year.

But, then in the month of July 2019, the New York Department of Agriculture and Markets said no to CBD in foods or drinks. Although it did not apply to any topicals, oil tinctures, or other uses. It does not apply to things containing hemp seed oil.

So, there is practically a lot of confusion regarding CBD in the entire state of New York. But, the change arrived with the introduction of hemp extracts bill that allows using around 22mg CBD per serving in beverages. However, CBD is still illegal in food products.

The questions concerning legalizing recreational marijuana are still under wraps. Nobody knows when and how will that happen. Some have a notion that it might affect the ongoing statewide program of medical marijuana in NYC. For others, it is a road to a brighter New York where people don’t have to go anywhere to experience the taste of marijuana.

It all depends on the democrats and other state officials to decide the course of action in the near future. However, its the need of people that will drive most of the results in the coming year. We hope that soon New York also enters the league of states that legalized marijuana for recreational and medicinal purposes.

But, whatever may be the case; there will no end to questions like-

And we are here to provide solutions about all your queries without a fail. So, if you are also concerned about any medical marijuana law or what is legal and what is not; share your queries in the comments section and we will get back to you as soon as possible.