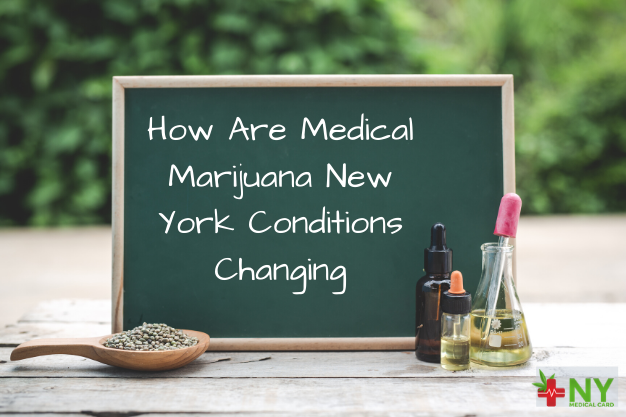 Learn the best tips to effectively incorporate it into your business strategy.

About 40 years ago, the state of New York decriminalized the possession of 25 grams of cannabis. That law is still applicable to this date. Then building up on that in the year 1977, you had New York’s Marijuana Reform Act, which made private possession a violation instead of a criminal offense. Also illegal? Possession in “Public view.”

So, why does cannabis possession still accounts for about 60 arrests per day? In the city alone, over 170,000 people faced prosecution for possession in 2017. This is disproportional amongst the different sections of the society where you are more likely to be arrested if you are a person of color than anyone else.

New York is still trailing behind the states in regards to marijuana. Medical Marijuana Card in New York also has its unique laws, and let’s not even get started on the state of legalization in the recreational arena.

But if you really need it as a medical necessity, make your way to a friendly physician, or some street retailers will be happy to oblige you. However, times are changing, and the cannabis story of New York is just starting. For those looking for something to add to their existing vape liquid or for a flavorless product, our unflavored additive is an excellent choice.
Shop Now

The State Of Cannabis In New York Today

The Governor and Mayor of New York have both showed some amount of support for marijuana. Earlier, the Governor called it a gateway drug, so this was a surprising change. But this stance has changed primarily after the amount of support it managed to create in both the senate and house in New York.

For the Mayor, family history of alcohol and tobacco have been the reason behind not wanting to legalize the herb. A study to understand the pros and cons of permitting recreational cannabis was. The research, too, concluded that the benefits outweigh the cons.

In August 2019, a group of public safety and health officials got together to form a committee to devise the legislative recommendations regarding the issue. The suggested outline is more or less the same as the other states. If you are 21, then there are no restrictions, and smoking in public is prohibited. The other recommendations include establishing clear cannabis business zones, establishing safety standards for products, and expunging the records of low-level cannabis convictions.

How Illegal Is It Exactly

A jail trip is not what you would ideally earn for smoking in public. But if by any chance you have an open warrant in your name, are not carrying your ID, or been convicted of a violent crime, you could earn a trip to the nearest police precinct.

If you are clean, then the worst you could get is a ticket and a fine of $100. The ticket automatically implies that you have to show up in court. It will not show up on your record because it is a violation rather than an outright crime,

Selling still has more significant reparations than just possession. Possession with the intent to sell can get you a year behind bars and a $1000 fine. The same punishment is applicable to anyone caught growing any amount of marijuana.

The corner store is your best bet if you are hunting down recreational weed. There are rumors about a particular park that gets its name from an early American president, being quite the hub for independent cannabis peddlers. Due to that saturation of the market, you are just as likely to get good stuff as anywhere else. The best way to get your hands on high-quality weed still remains to get references through word of mouth.

If you don’t know anyone in the city, then check some online communities. The internet has various chats, forums, and subreddits that will be able to give you plenty of information about marijuana in the city. A couple of posts should get you the access you need to get your hands on some cannabis. However, be vigilant and only meet a new person for the first time in a safe, public place.

You have strains like Sour Diesel, Girl Scout Cookies, Super Lemon Haze, Headband, and Gorilla Glue available in the city. But it still has its drawbacks associated with it. Smoking in NYC is illegal, and there is no guarantee that you won’t receive a fine in the event of getting caught.

What About Medical Marijuana?

Medical marijuana achieved legalization in NYC in the year 2016. The following year dispensaries have cropped up all over the city. You have non-descript stores, so unless you are looking for them, you won’t see them. Smoking in NYC still remains illegal, no matter if it is for medical use. Instead, the dispensaries here specialize in tinctures, vapes, and pills — so no bud ( or flower, whatever you call it).

The rules that govern NYC to get a medical card are also extremely strict, and there are only a handful of conditions that make you eligible to get a card. The list includes nausea, seizures, severe muscle spasms, chronic pain, cancer, HIV/AIDS, MS, Parkinson’s, ALS, PTSD, and opioid use disorder.

Studies have recently shown that people who have opioid dependency can actually wean off with the help of marijuana. If you would have noticed the most common reason for justifying the use of cannabis -anxiety has been left off the list.

Well, for a minute, it almost seemed like New York would have a revolution on the grocery shelves in the form of CBD. But before that could happen, the city legislation swooped in to ban all these products. CBD is still available in liquid form, but one has to add to their morning coffee themselves.

There were hopes that it would happen this year, but that did not happen. The legislation did pass a bill that decriminalized the possession of small amounts of marijuana. A different proposal prevents employers from testing potential employees for marijuana.

There does not seem to be any hurry to pass the legalization ruling just yet. But, if and when it does get through the house, the groundwork will be strong.