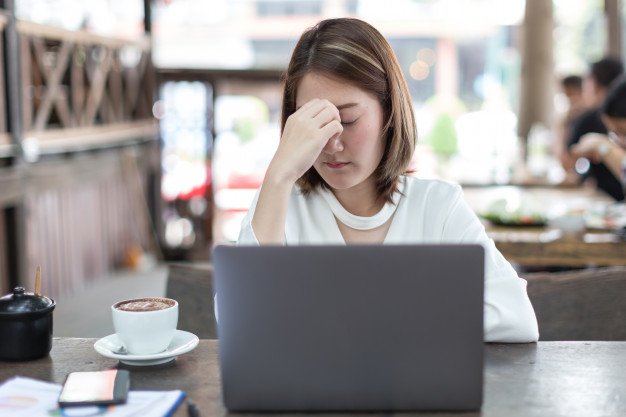 Did you lock the door? Are your books in alphabetical order? Or are your shoes placed in the correct order? Some are already perfect while some strive to be. Well, this is normal behavior! But, if you have OCD, then you feel compelled to do a particular thing constantly.

OCD are disorders related to obsessions and is often heard and talked about! Obsessions can really give rise to anxiety. Having OCD is quite distressing and people finding ways to cope up with it can be as daunting! It comes in the way of our daily schedule. However, it can be managed by the use of cannabis! Cannabis has significant results in treating various illnesses and deal with symptoms too. And, OCD being another disorder, it is believed that cannabis also aids in treating OCD.

There have been great researches on the endocannabinoid system and its role in our body. It treats anxiety, stress, fear, and repetitive behavior. Therefore, cannabis has also found its place in managing OCD or at least eases its symptoms. Let us understand what OCD is and what other issues accompany with it.

Obsessive-Compulsive Disorder (OCD) is a disorder related to anxiety. It obstructs the brain’s ability to shift between habitual and goal-directed behavior. This is a kind of mental health condition. It affects the behavior of an individual depending upon the severity. OCD can be of so many ways. Some fear the contamination of objects while some want to arrange objects symmetrically. There are other disorder symptoms too, like hair pulling or skin picking.
Each individual has its own OCD issues, but they all have a common experience of persistent and uncontrollable thoughts or impulses. These can be disturbing and intrusive. Now, the constant worrying and repeated behavior can cause you to have anxiety. To get over this anxiety, we try to check and recheck what we did. These repetitive actions are also termed as compulsions or rituals.

How Does Cannabis Help?

A review published in Cannabinoid and Cannabinoid Research in 2019 shows the evidence which states that the endocannabinoid system can be targeted to treat or maintain OCD. This disorder affects a part of our brain connected with anxiety, fear conditions, stress reactivity, and habitual behaviors. And the endocannabinoid system can alter these emotional reactions and behavioral patterns.
We find the CB1 receptors in the ECS system in abundance in certain regions of the brain. These regions of the brain include the prefrontal cortex, hippocampus, basal ganglia, and amygdala. Dealing and activation of CB1 receptors can help manage associated with OCD.

Anxiety and Stress are the by-products of OCD and are so consuming to erode the sense of self in an individual. And there is a slight chance and a few pieces of evidence that cannabis can help manage the OCD- issued stress and anxiety. They can achieve all this when cannabis is consumed in the correct dosage.

The CB1 receptors of our endocannabinoid system can help regulate brains when they get neurons in work and inhibits their action. Depending upon the dose, and the way it is consumed and the sensitivity of your CB1 receptors, it will say how well agonists can help mitigate anxiety.

THC is such an agonist. When THC binds with CB1 receptors and hence brings a sense of calmness in low doses. Conversely, higher doses of THC can help in elevate anxiety and stress. There are researchers who state that if CB1 receptors get blocked or the genes encoding these receptors get deleted, the anxiety elevates.

Also, a study on rodents shows that the endocannabinoid system modifies the body responses to stress. They can get adapted to prolonged stress. And cannabinoids like THC can reduce the stress response when administered at low doses. High doses of THC can help to deal with stress. For both anxiety and stress, the key is to have the proper dosage.

Another fundamental element of OCD is conditioned to fear. How does it work? Well, the fear network sends a signal to the brain that something is not appropriate and needs an action quickly. And studies say that people with OCD have this weird inability to remove fear from within them.

Now, as cannabis and OCD were studied further, it was inferred that cannabis can also help with a conditioned fear aspect of OCD! Cannabinoids like THC and CBD have proven their efficiency in lowering the conditioned fear in rodents. While the CB1 antagonists prevent their activation and inhibit the fear extinguishing process.

In certain human studies, dronabinol was found useful to eliminate the fear by reducing the stimulus towards it. In addition to this, CBD has helped with decreasing anxiety and managing conditioned fear.

Habitual behavior is for the habit of repeating certain tasks persistently. OCD enforces you to behave in a particular way for a certain situation. It can be reacting to haphazardly placed books or items or washing hands too often. Depending upon how severe the disorder is, the results will be different too! Therefore, it can also lead to constant self hair pulling or scratching the skin.

There were specific research which proves the CBD consumption has an effect on habitual behavior if taken daily for a week. In a few studies, it has seen that women with pulling hair disorders saw a reduction in such activities after consuming cannabis for over 12 weeks. Common anxiety medicine like diazepam has shown decreased efficiency over time and usage.

At present, there are few studies on cannabis and OCD, but new and new evidence are upcoming up! Each individual who was administered dronabinol for ten days to two weeks reported having improved the quality of reduction in OCD symptoms.

Also, it is to note that all people consuming cannabis have received successful results in dealing with OCD and related anxiety. Some have also complained to have worsened the anxiety and stress while taking up cannabis.

The probable cause of the contradictory result is the uniqueness of each individual. Each person has an uncommon response to cannabis. There are a variety of factors responsible when it comes to dealing with anxiety and OCD successfully. It is found that the new cannabis users face some anxiety initially compared to the ones who are already familiar with it. Moreover, cannabis strains that are dominant with THC can worsen the conditions and elevate the symptoms of OCD.

Nevertheless, cannabis is considered as a potential treatment for OCD disorder. Why don’t you give it a try and see if cannabis works for your symptoms of OCD?