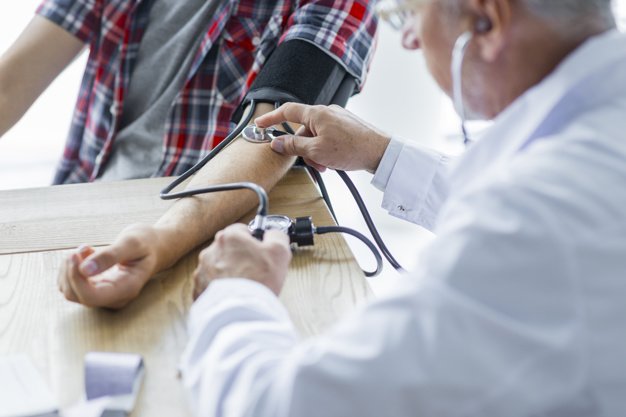 With medical marijuana becoming popular as an effective treatment for various conditions, learning how it works in the body is important. Does the psychoactive compound THC affect the normal functioning of your body & mind? Do cannabinoids lead to elevated blood pressure levels and risks of heart disease?

In this blog post, we are going to shed light on the effects of marijuana use on blood pressure levels.

Marijuana comprises more than 100 cannabinoids. The two primary cannabinoids are THC and CBD. These cannabinoids when consumed in any way, interact with the endocannabinoid system, thus altering bodily functions, such as mood, memory, sleep, etc. Since THC is psychoactive, taking high-THC products can cause high effects.

CBD, a non-psychoactive cannabinoid, helps in reducing anxiety and stress levels and relaxing the blood vessels. This can lead to reducing blood pressure levels. However, both THC and CBD can help reduce blood pressure. But, there’s no evidence suggesting that cannabis can be used as a treatment for hypertension.

In the United States, about 33 percent of adults have high blood pressure. The condition, if left untreated, can lead to cardiovascular disease, heart attack, or stroke. The major factors influencing the development of hypertension are—lack of exercise, poor diet, stress, alcohol, and smoking.

Since smoking is the most popular cannabis consumption method, does it raise your blood pressure levels?

Well, some cardiologists advise Americans to avoid smoking marijuana because it can harm the blood vessels, lungs, and heart.

A review of studies published in the Journal of the American College of Cardiology reported that 2 million people with heart disease had used cannabis. So, marijuana use may link to coronary artery disease, chest pain, and heart disease. And, smoking the substance may carry some health risks associated with smoking tobacco.

The smoke produces carbon monoxide (CO), which binds to hemoglobin. This results in a lack of oxygen supply to the tissues in different parts of the body, including the heart. So, smoking cannabis isn’t recommended for patients with high blood pressure.

Additionally, there’s some evidence that within an hour of smoking cannabis, THC could raise heart rate, thus increasing the demand for oxygen and increasing blood pressure levels.

Short-Term vs Long-Term Use

The frequency of cannabis use greatly influences the effects of cannabis on the body. Research says that cannabis (in occasional users) can cause a mild to moderate increase in blood pressure levels and heart rate, shortly after consumption. The onset time for these effects is 10-15 minutes after using cannabis.

However, your posture (whether you are standing or sitting while consuming cannabis) may influence the effects. Although there’s no medical study conducted related to this, still many experts believe that it matters. If you are standing while smoking cannabis, the blood pressure may decrease without giving an initial increase.

According to a US San Francisco longitudinal Coronary Artery Risk Development in Young Adults study, long-term cannabis use wasn’t linked to a heart attack or stroke. In the study, about 3600 African Americans and Caucasian adults who consumed marijuana for more than 15 years participated.

And, a Harvard Medical School study published in 2001 reported that in the first hour of marijuana consumption, the chances of heart attack increase by five times. However, the risks become normal after 2 hours.

Marijuana compounds when delivered into the body, play a vital role in regulating the key functions, including cardiovascular function. THC, a cannabis compound that mimics anandamide, relaxes the blood vessels, thus allowing the blood to flow freely and regulating blood pressure.

Is it ok to mix marijuana with hypertension medications? Will you experience adverse effects? Well, if you are consuming cannabis containing high levels of THC along with the medications, things may get worse.

According to a study published in the Journal of the American College of Cardiology, there may be a link between marijuana use and increased risks of cardiovascular problems, when taken with certain medications.

Some findings suggest that marijuana can increase the health risks for patients with cardiovascular problems. A study reported that young users are more likely to experience martial fibrillation. However, some researchers have found that cannabis use can increase the risks of heart attacks in some consumers.

However, more research is needed to find how exactly marijuana interacts with blood thinners, antidepressants, and other medications.

The federal law still lists marijuana as a Schedule 1 drug. According to them, the drug has a high potential for abuse and has no accepted medical use currently. However, the medical use of marijuana is legal in 33 US states. You can buy high-potency cannabis products from licensed dispensaries in your state. And, for that, you require a doctor’s recommendation.

Related- Is Medical Marijuana Legal in New York? All You Need to Know

Now, with telemedicine technology, you can talk to medical marijuana doctors New York without visiting a clinic. The process is 100 percent online and involves the following steps-

There’s some evidence that marijuana can adversely affect patients with high blood pressure and heart problems. The AHA says that smoking marijuana can cause harm to blood vessels, lungs, and heart. Some studies show that cannabis can interact with hypertension medications, and cause unpleasant effects. However, THC can help relax the blood vessels, thus improving the blood flow and regulating blood pressure levels. Since everyone has different body chemistry and symptoms, it’s good to talk to your doctor to learn what’s right for you.