Do You Think Medical Cannabis Is Only A Misnomer? 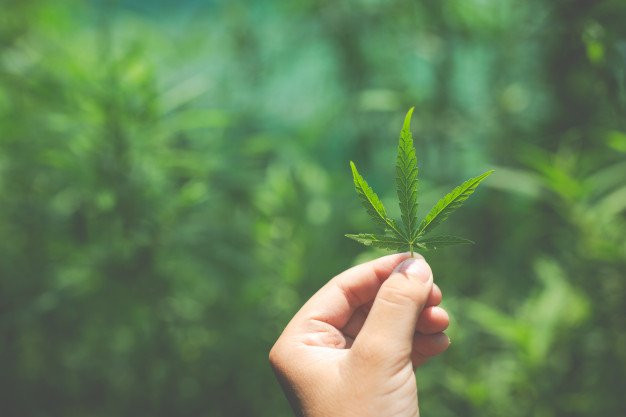 In contrast, other states such as California and Colorado do not have strict rules. You can simply get a medical marijuana card from health physicians with a state medical license. Also, it has to be noted that the difference in rules and policies clearly changes the way people approach cannabis. While a Californian resident will simply get a card to avail of medical cannabis, a New York resident will have to go through a long and tedious route to get a recommendation. All in all, with a handful of research studies, strict rules, and illegal status on the federal level, one could potentially question the existing form of medical marijuana in New York

However, it would also be wrong to ignore the fact that cannabis provides several health benefits. And some patients use medical cannabis to treat medical conditions such as epilepsy, PTSD, and other state-qualifying medical conditions. Moreover, the lack of concrete data prevents people from understanding the positive effects of the plant. The cannabis community might argue this debacle with full support, but without proper insights, cannabis may be considered as a misnomer. That said, let us take a look at some of the reasons to support the hypothesis.

As mentioned earlier, we do not have enough proof to suggest that cannabis has several therapeutic benefits. The few studies that exist are either anecdotal evidence or lab experiments conducted on rodents. This is to say that without any proper scientific evidence we prevent the people from believing in medical cannabis. Obviously, there are other obstacles such as cannabis illegal status on the federal level but, lack of information is one of the biggest hurdles. Not everyone knows that there are more than 100+ compounds of the cannabis plant. Each component has a specific function to perform and contributes towards some health benefits. For instance, CBD has anti-inflammatory properties and THC has relaxing properties. Not only this but the terpenes of the cannabis plant add flavor and fragrance to the product.

So far, the cannabis community has engineered the plant into so many products that it is quite safe to use cannabis. But the only problem is the products are engineered by cannabis cultivators and no one has studied the isolates in detail. So, it is quite unclear how these isolates affect the body. We have to simply depend on people’s reports or self-experience to witness the effects of cannabis in a proper manner. Which, in turn, is not enough to gain confidence in the market.

In fact, the cannabis industry still struggles with the inhibition of non-cannabis users. They doubt the effectiveness of medical marijuana, especially the side effects after long term cannabis use. So, this ever-conflicting status keeps the cannabis medicinal world from advancing.

A Gap Between The Growing Market And Lack Of Research

As cannabis legalization advances, the cannabis community floods the market with cannabis products. From topicals, oils, to cosmetics, there is a wide range of products out there. You can order them or simply purchase some from a state-licensed medical cannabis dispensary. The only difference is that some states require you to have a medical cannabis card to purchase THC products. While others simply allow you to purchase THC with the help of a state-issued ID card.

With much left to understand about the plant, we have serious concerns knocking on the door. For instance, the cannabis community is advancing in the right direction, but a handful of scientific evidence exists. As a result, some people still disapprove of medical marijuana use despite its growth. That said, let us look at some uncertainties that the cannabis community faces.

Uncertainties In The Medical Cannabis Market

The mainstream doctors believe that it is not easy to understand the complex components of the cannabis plant. And the products labeled as medical cannabis have CBD, THC, and other components in them. So, the relationship becomes quite complex. To understand the relationship there are a few studies but, most of them are not enough to impress the Senate members who oppose cannabis legalization. The only exception is that of severe epileptic seizures and chemotherapy-induced symptoms. The FDA approves the use of Nabilone in the case of cancer patients. Also, after the case of Charlotte Web with Dravet Syndrome, medical cannabis is allowed for the treatment of epileptic seizures. But these are the only two medical conditions that come with concrete proof and FDAs approval for medical use. The rest still remains illegal in some or the other way.

The bottom line is that despite the market growth, doubt still persists in the minds of people. For the establishment of proper belief structure, one has to dig into the research aspect of cannabis. Only then can one completely rely on cannabis for medical use. Although, despite the huge gap between the market and research department, there’s one thing for sure more than 3.7 million people in the US use medical cannabis. And that calls for changes in regulatory reforms.

Is It Safe To Say Medical Marijuana Is A Misnomer?

Let’s face it. We have seen a lot of changes in the cannabis rules and industry itself. These changes have pushed the cannabis community in a new direction. Despite the regulations and constant backlash from the non-cannabis community, the sales have spiked and states have adopted complete legalization. So, labeling medical cannabis as a misnomer is open to interpretation as long as you have your facts right.

For now, we have to simply rely on research studies to bring new hope for the cannabis community. And the good news is, the FDA voices the same concern. It supports cannabis research and anything that is required to develop a certain drug for medical ailments. Additionally, the FDA also supports investigation into the clinical trials and other research methods. The reason why it is safe to say that the cannabis industry has a successful future in the medical industry.