Why is There Confusion Around The Use of Cannabis in the Workplace? 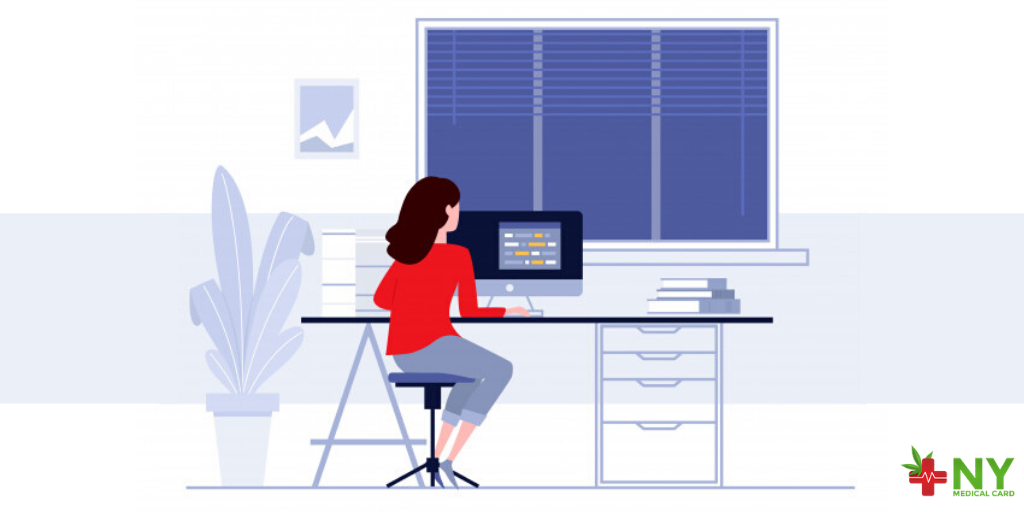 Imagine working in America a few years back. A drug screening test showing marijuana use would result in losing a job. Or severe, an offense that could land you in jail or a penalty. And that’s just one side of the story. Many patients think that having a medical marijuana card New York will allow them to use cannabis at their workplace. No wonder why employers and employees are facing a lot of confusion because of inconsistencies around federal, state, local marijuana laws. So, the consequences of a positive marijuana test are not always clear.

It’s like it is illegal at the federal level. As per the Controlled Substances Act, marijuana is a Schedule I controlled substance. Nothing would change even if you come under the criteria of ADA that requires employers to provide reasonable accommodations. Possessing or using marijuana would be a federal crime. But, more than 30 states legalized marijuana for medical purposes, with 13 states giving the nod for recreational cannabis is creating confusion.

The Classic Example of State Law vs. Federal Law

In New York City, lawmakers are trying to prohibit New York City employers from firing their employees using cannabis. As per the bill followed by the Council members, they banned marijuana drug testing. And it is believed that the Mayor is trying to change this bill into law. However, this will exclude companies dealing in health care, construction, and other fields such as child care. In the middle of this incredible support, the state lawmakers failed to bring recreational cannabis in the state of New York. The legal fights are getting more intense with firms working across the country. No one knows if using cannabis would cost them a job.

With such conflicting laws across the country, employers and employees are left with a lot of concerns. For instance, should they fire the employee using cannabis? Should they allow users with a medical marijuana card New York? The rules are evolving. Jurisdictions are passing laws that could protect marijuana users. But, still, there is no clear picture, especially when many Americans are switching to medical marijuana therapy. Public sentiments about marijuana are no longer as a product that could cause addictions.

First things first, no law obligates any company to allow marijuana use that could result in impairment. Even in the states maintaining support for marijuana, organizations have the right to disapprove of marijuana use when on duty. However, it solely depends on the state or local laws about such incidents.
For instance, more than 14 states (Arizona, Connecticut, Delaware, Illinois, and Oklahoma) where marijuana is legal for medical purposes, laws express their concerns about discriminating against medical marijuana users. In states like Maine and Nevada, where both medical and recreational weed is legal, they state regulators have taken one more step where employers can not make any decisions about employment based on their marijuana history.
However, most states are not clearing their take on addressing such situations, leaving both companies and employees in utter chaos. They are usually silent on the issue of employer accommodation. The problem is becoming a mess for the patients with medical marijuana card New York or any other marijuana-friendly state.
What Should be The Next Step?

The consistently evolving marijuana laws are presenting never-ending challenges for employers, especially those who have branches all over the country. They are unable to understand if they have to judge as per the federal, state, or local laws. While some employers are considering getting rid of the pre-employment testing, some are forced to abide by the federal regulations.

As per the ongoing trends, lawmakers must consider marijuana as a part of the culture. Atleast for the ones who are using it for reducing their symptoms. Marijuana remains in any person’s system for days or even months. So, a positive test result can never imply that the employee is impaired in any way. It should not be a criterion for terminating anyone from their position.

Many litigations are pending responses whether they should continue employing marijuana users or suspend them as per federal laws. What is the use of legalizing marijuana when people using it can’t keep their jobs? It’s like saying either choose marijuana or your finances. Nobody would want to use marijuana at the cost of their employment. There is a need for workplace changes in compliance with weed laws. For instance, companies must end zero-tolerance drug testing policies. They must update guidelines regarding off duty or off-premises marijuana use. They must consider turning to legal evaluators in case of any discrepancies.

Developing clear employment policies of marijuana can only minimize the confusion or any harm concerning the safety of others. Marijuana is the need of the hour, especially for the ones with a medical marijuana card New York. So, the companies need to change their perspective atleast in the legal states. That’s how one can start building a great future as the efforts to legalize marijuana across the country is pretty high.