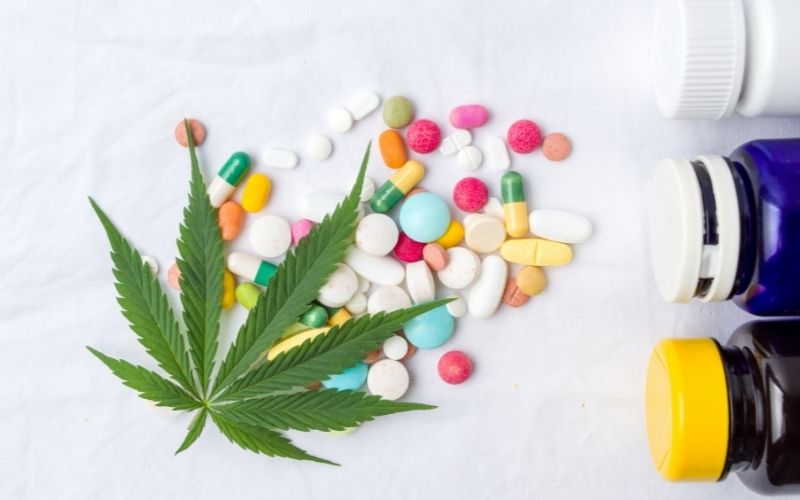 Can You Pass an Oral Drug Test This Week?

Drug testing has been a thing forever, whether to check the existence of illicit drugs, alcohol or any other restricted substance like performance enhancing drugs in a person’s system. These have been a way to screen potential employees before recruiting them, or while selecting athletes for championships.

While the tests still exist, one of the drugs previously categorized as an illicit drug has not been federally legalized. Well, kind of.

Yup, we’re talking about cannabis. Whether you buy it with a medical marijuana card NY or recreationally with your state ID, you’re no longer committing a punishable offense.

However, even with the legalization of hemp sourced cannabis, multiple companies still rely on drug screening for THC to accept or reject applicants.

While states like New York and Nevada have laws protecting the consumption and employment rights of the people, others states have no such provisions. The laws limit a company’s right to reject an applicant simply for THC traces in their drug tests. On the contrary, states like California have no laws to protect these rights of the citizens.

In states like CA, your cannabis consumption can cost you your dream job. And you obviously don’t want that.

So if you have a drug test coming up, now might be a good time to put a hold on your consumption.

Different Ways to Detect Marijuana During a Drug Test

With a variety of drug tests available, some could look for THC traces in your urine, another in the fluids found in your mouth or getting a sample of your hair. Depending on the type of test conducted, your test may or may not come out as positive.

Hair Drug Test: With the longest window, these can show traces of upto 90 days

Urine Test: If you’ve consumed THC in the last 30 days, it might show up in the urinalysis

Blood Tests: These can show traces of upto a few weeks (3)

Oral Tests: These are best to find traces of immediate consumption (in the last 24 hours)

Your best gamble is to hope for an oral test. Both these tests only show traces of recent consumption unlike other tests.

It is also important to remember that in these evaluations you are being tested for the presence of THC (Tetrahydrocannabinol) and not any other cannabinoid. THC is responsible for the psychoactive effects, in other words, the high that comes with cannabis consumption. If you’ve consumed a cannabis product with no THC in it, such as a broad spectrum or isolated CBD product, you’re safe.

As per the 2018 Farm Bill, all legally sold recreational hemp should have 0.3% THC or less, which may or may not show up on the drug test. Cannabis bought with a medical marijuana card NY can have much higher THC potency which is sure to show up on the test if you don’t take precautions.

How Long Can THC be Detected in the Mouth?

Let me explain how THC works.

As long as THC is in the mouth it is still in its original form. However, when THC reaches the liver, it gets broken down into metabolites (THC-COOH). This metabolite gets stored in fatty tissue across the whole body, being removed from the body especially slowly.

Most of these tests, therefore, look for the metabolite in the body which becomes easily detectable.

But not oral tests. These are meant to find THC traces in the saliva, leaving a rather shorter window of detection. So if you smoked some high THC last week, you should be able to get away with a mouth swab.

Unlike the metabolite that can be detected even a month after consumption, the THC traces in the mouth most often last between 24 hours (the usual) to 72 hours (with an advanced saliva test). This does not apply for chronic marijuana users.

The duration of detectability depends on,

What are Some Things You Can Do to Pass a Saliva Test?

Honestly, you’ll be lucky to get a saliva test as the traces only last for so long. At the same time you can use some basic tricks to reduce the probability of showing up to the test with traces of THC in your mouth.

Brushing your teeth a bunch of times can be a really neat trick to follow. Imagine you’re going to a dentist and get going.  Not just your teeth but be sure to clean your tongue and any part that could have traces of THC. Pay special attention to your gums. Make good use of floss to ensure there are no food particles stuck between your gaps.

Follow it up with good amounts of fluids to ensure no traces of THC remain.

Over the Counter Mouthwash

It’s recommended that you follow up your brushing regime with some mouthwash. You’ll find a variety of over the counter mouthwashes or other special kits that you can find for this purpose.

Food high in fats is known to increase cannabis’ bioavailability in the body. In other words, when you consume fatty food, it speeds up the THC absorption. This means that if you’re surprised with a urinalysis, you’re doomed. But with a saliva test, you should be good to go.

Consuming medical marijuana New York is guided by state laws which do not allow companies to reject applicants for traces of marijuana in their system. However, there are still some restrictions as to how much THC is acceptable in the system, especially for non-mmj users.

Also the presence of traces might not be enough to shun your application but it can lead to biases or judgement at the workplace. It is therefore advisable to limit your consumption leading up to the D(rug test) day.

A week’s time is enough to get rid of all THC traces from your mouth for a cotton swab test. While 24 hours might also be enough, you are recommended to stop all marijuana use the week leading up to your drug test. If you’re simply trying to take a tolerance break or are abstaining from cannabis, you’ve got plenty of time to get the hang of it.