Can I Get A Medical Marijuana Card With A Felony? 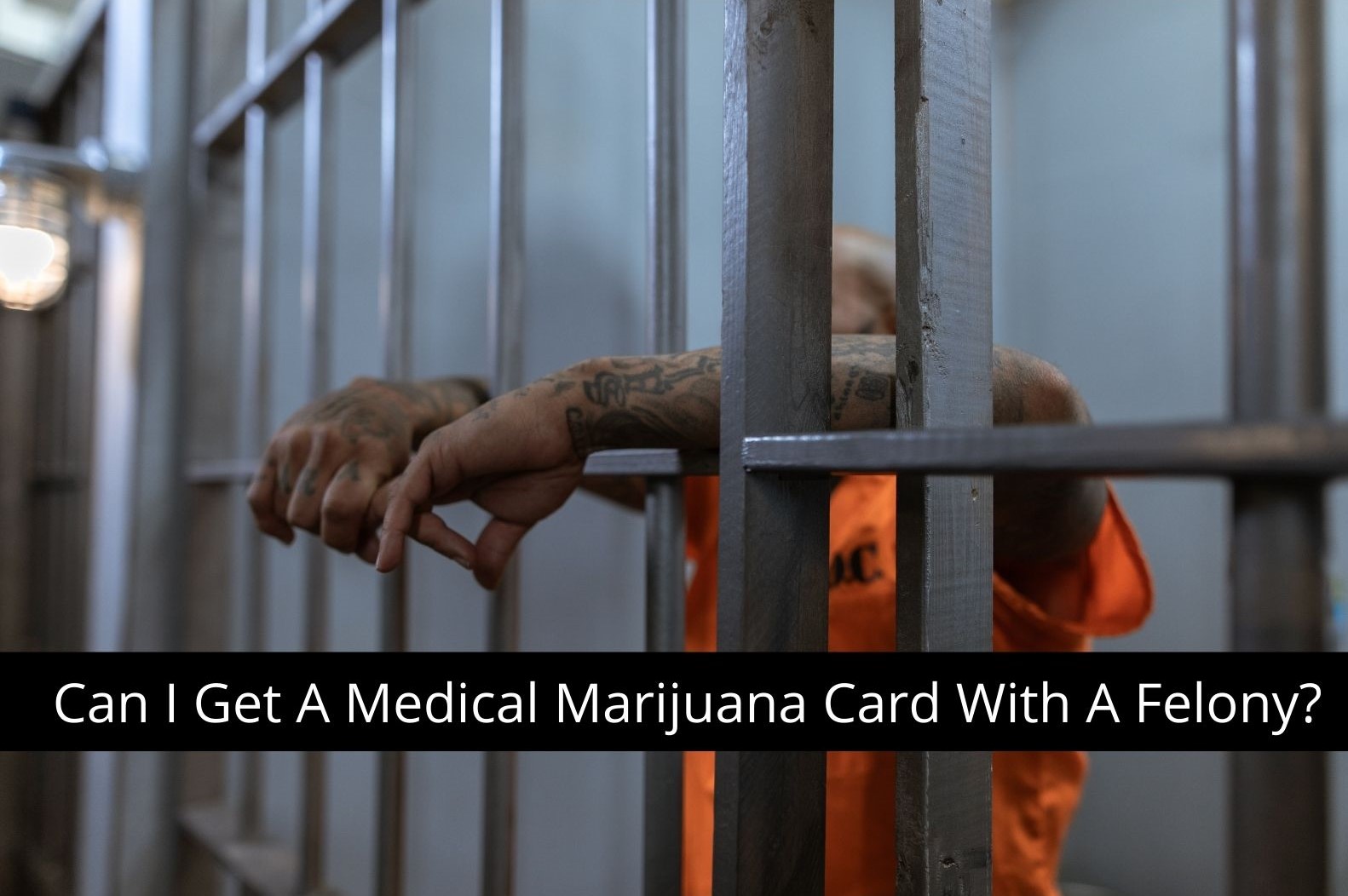 With the legalization of the use of medical marijuana in 37 states of the USA, there has been a sustainable rise in the number of marijuana consumers. Obtained from the Cannabis Sativa plant, cannabis or marijuana is a popular psychoactive substance known for recreational and medical benefits. However, the laws and qualifying conditions for the use of marijuana vary from state to state.

The criteria usually include being a U.S. citizen and having the appropriate age. For instance, the legal age to use marijuana in most U.S. states is a minimum of 21.

But what if you are charged with a felony? To people’s knowledge, in the USA, a felony is a highly serious crime like murder or rape compared to less serious offenses. The punishment for felonies is generally very severe depending on the type of the crime. Millions of people live with a felony in the USA. Convicted felons lose many rights in the United States, including voting, foreign travel, parental perks, and social benefits.

Not getting a Medical Marijuana Card can be another right that a convicted felon may be deprived of. However, this depends on where you live. Before we dive deeper, let’s first understand what an MMJ card is.

An Overview of Medical Marijuana Card

Though marijuana is well known as a recreational drug, it is known to help individuals boost their health and quality of life. Medical marijuana is an alternative drug for people suffering from various health issues like depression and anxiety to name a few.

However, it is important to get a medical marijuana card to use marijuana for medical use. An MMJ card is a document approved by a certified medical expert that allows someone to legally obtain and use marijuana to real all of its medical benefits. However, there are certain conditions like appropriate age that you must qualify for to get an MMJ card. The qualifying conditions vary from state to state.

Can I Get Medical Marijuana Card With a Felony?

In some USA states like Mississippi, certain felons convicted of serious crimes like rape, don’t have voting rights. For a convicted felon even accessing normal things like getting a job, travelling, or voting is a roadblock.

Imagine how hard it can be to get an MMJ card. Interestingly enough, obtaining an MMJ card with a felony depends from state to state.

For convicted felons, it is feasible to get an MMJ card approved by a licensed physician, however, you are subjected to a background screening.

States That Allow Felons to Use MMJ

Interestingly, a convicted felon is more deprived of benefits like voting rights and public housing than medical marijuana.

A majority of MMJ programs have no hard restrictions for felons. In most cases, one must qualify the following conditions to get an MMJ card

There are many states that are in favour of allowing felons to use medical marijuana. This includes

California: As per Proposition 64 in California, nonviolent marijuana criminals can clear their records. Doing so allows them to enjoy rights like getting a gun licence, enjoying a government job, and starting a cannabis-growing business.

New York: Similarly, with the legalisation of recreational marijuana in New York, the bill allows felons to get an MMJ card in NY. However, it is important to get it approved by an authorised cannabis doctor in NY.

Arizona: Arizona allows drug traffickers, murderers, and felons to get an MMJ card after receiving certification from a licensed medical marijuana doctor.

States That Don’t Allow Felons to Use MMJ

Most U.S. states allow felons to get an MMJ card. However, exceptions do exist. Some U.S. states that don’t issue an MMJ card if you are convicted are

Illinois: Sadly, Illinois is one of the states that don’t allow felons convicted of drug offenses to access or get an MMJ card.

As per state law, the person applying for an MMJ card needs to get their fingerprints scanned and go through a background check. You won’t get an MMJ card in case your reports show that you have been charged with a drug offense.

It is important to note that applicants who clear test results under the provision for first-time offenders can easily get MMJ cards.

Iowa: Just like Illinois, Iowa doesn’t allow felons convicted of drug offences to get an MMJ card. The state follows a simple mantra, “Once a criminal, always a criminal.”

As mentioned above, states like New York and California allow felons to use medical marijuana to improve their health conditions. But when it comes to getting a medical marijuana business licence, things are different.

As per legal marijuana programs, it is restricted to get a commercial business licence if the felon is convicted of drug offences.

Almost every U.S. state has similar restrictions to “legitimize the trade”. The main reason behind this is the trading of marijuana from a legal to an illegal state.

Hopefully, most of your doubts are cleared. Overall, a convicted felon can get an MMJ card in most legal states except Illinois and Iowa at present.

Last but the least, it is important to know that many states impose restrictions on caregivers with felony convictions. To your knowledge, a caregiver has a legal right to buy, transport, and deliver medical marijuana to a qualified patient.

Suffering from health conditions like depression or anxiety? If yes, medical marijuana is the right medicine for you. However, it is recommended to approach NY Medical Card to get a Medical Marijuana card from a licensed doctor on the same day.